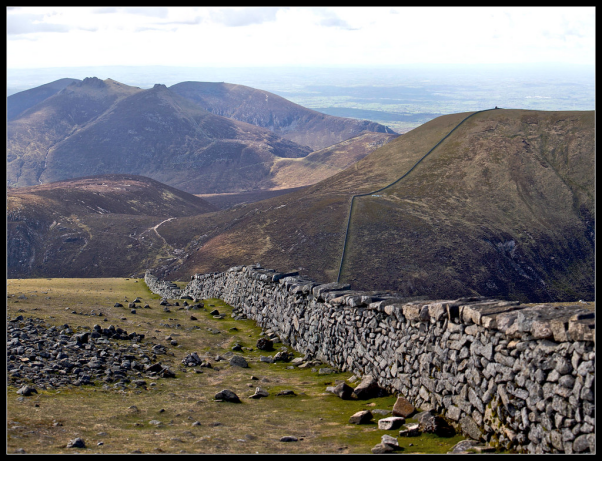 Northern Ireland is experiencing something of an unprecedented tourist boom over the last few years. There are many reasons for this, not least 20 years of peace in the region after the signing of the Good Friday Agreement. It has a lot to offer: The modern filming locations for Game of Thrones; the historic site where the Titanic was built; the prehistoric majesty of the Giant’s Causeway.

But there is much more on offer in Northern Ireland, some of which is literally off the beaten track. Below we recommend four such hidden treasures worth exploring in the region:

The Grave of St Patrick

You know when you see those St Patrick’s Day parades in cities like Toronto and Montreal? Well, it’s not all about Guinness and Leprechaun hats. The man himself is said to have been buried at Down Cathedral in the aptly named town of Downpatrick. Fair enough, it’s the reputed burial place, and the grave itself is more of a rock, but that somehow adds to the serenity of the site.

Christians of all denominations go on pilgrimages to the grave, but it certainly isn’t overrun or commercialised in the same sense as the Vatican or Lourdes. The cathedral itself has been rebuilt and rehashed several times across the centuries, but still retains many elements stretching back more than 1000 years.

While the legend St Patrick is known far and wide, the small village of Rostrevor is truly one of Northern Ireland’s best-kept secrets. Nestled between the bosoms of the Mourne Mountains and Carlingford Lough, it is one of the most beautiful places in the region. Just how beautiful? Well, consider what C.S Lewis said: “That part of Rostrevor which overlooks Carlingford Lough is my idea of Narnia.”

The writer is not alone in using in being inspired by the area, and there are plenty of local legends of gods and giants that seem to have inspired everything from Game of Thrones to Playtech’s Age of the Gods games. If you want a local tip: Pack a lunch and start your journey through the Fairy Glen, then wind your way up to Clough Mór Stone; from there, look out at as two sweeping mountain ranges hug Carlingford Lough, almost as if protecting it from the outside world.

Trouble-shooting should not be confused with “troubleshooting”, i.e. the process of working out the problem in a machine or computer. It is a colloquial term for shooting (photographing) troubled spots in a region. This might sound dangerous on one hand, and perhaps disrespectful on the other, but it’s actually a burgeoning tourist industry anchored by local taxi drivers and self-taught historians.

The idea is that you go on a journey around the lesser-known spots of the conflict that blighted Northern Ireland for over half a century. In the capable hands of your local guide, often a cab driver, you will see some incredible sights and sites, and esoteric tales of the period known as The Troubles. Amazing stuff.

Lough Erne, located in the extreme south west of Northern Ireland, is as far away as you can possibly be from the airports in Dublin or Belfast. But the good news is that Northern Ireland is very small, and you can cross from point to point in few hours. Lough Erne is the catch all term for a region surrounding two connected lakes, and some of the most beautiful scenery in Northern Ireland. Like Rostrevor, the area has plenty of connection to Celtic mysticism and folklore, but there are also some real examples of Irish history.  You can explore the different islands on the lakes, enjoy world class golf and visit plenty of cute villages too.