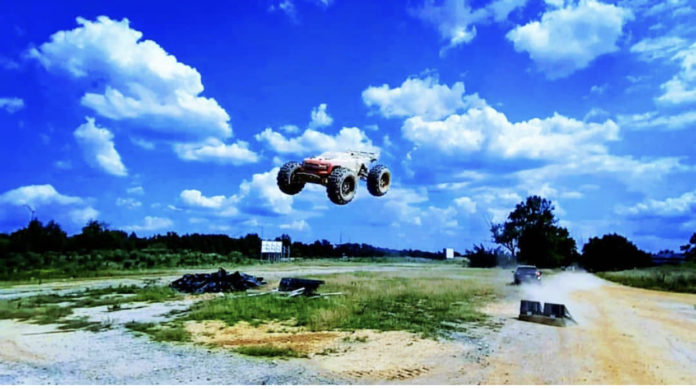 The Canadian International AutoShow is always a family affair.

Besides the multitude of family vehicles found across the show floors in the Metro Toronto Convention Centre, recent years have seen special exhibits and presentations geared specifically towards families with young children. This year, the young ones can see some of their favourite Disney and Pixar vehicles in person, along with one of the largest indoor remote-controlled car demonstration test tracks and one of Canada’s leading toy retailers.

“Families are a vitally important segment for the automotive industry, and the AutoShow takes pride in creating a show that caters to car enthusiasts of all ages,” says Jason Campbell, General Manager of the AutoShow. “We have had great response to our family features in recent years, and this year’s program will be sure to delight the little ones.”

The main family feature will be ONWARD (and a bit backwards): The Pixar Vehicle Experience. Walt Disney Studios Canada invites you to step into the suburban fantasy world of Disney and Pixar’s upcoming film “Onward.” The exhibit will include a life-size replica of Barley’s (voiced by Chris Pratt) treasured van he calls “Guinevere.”  Along with his brother Ian (voiced by Tom Holland), they embark on a quest in this mighty steed that promises to test their relationship.

Fans will have the opportunity to pose and take photos with this groovy purple van that is spectacularly decked out with crescent moon windows and a Pegasus mural, as well as take photos with life-size cut outs of Ian and Barley.  Additionally, a wizard will also be present on select days to perform illusions inspired by the spells and magic performed in the film. “Onward” opens in theatres across the country on March 5.

In the middle of Castrol Alley, Big Boys with Cool Toys, Canada‘s largest remote control hobby store, will be exhibiting some of the coolest remote control products available in the industry. Not only will they be showing them off, they will be taking these vehicles to the maximum levels of jumping, backflips, front flips and much more.  See the excitement before your eyes with remote control hobby vehicles jumping 20, 30 and 40 feet in the air doing multiple backflips — jumps that you just didn’t think was ever possible! If you have ever been to a car race / monster jam or a spectacular crash up derby, this is 10 times more exciting.

Rounding out the family area will be a display and retail space from  Toys”R”Us and Babies”R”Us Canada, Canada’s dedicated specialty retailer of toys and baby products since 1984. Included will be a track where kids can test drive battery-powered vehicles from the Toys”R”Us collection.

For more information or to buy tickets, please visit autoshow.ca. Media accreditation to the 2020 AutoShow is now online and can be requested at autoshow.ca/media-registration.

About the Canadian International AutoShow, presented by The Toronto Star and wheels.ca

With more than 650,000 square feet of exhibits, displays and attractions at the Metro Toronto Convention Centre and annual attendance of 360,000, the Canadian International AutoShow is not only the largest automotive expo in Canada, it is also the country’s largest consumer show — a leader in lifestyle, technology and all things automotive. It boasts more than 1,000 cars, trucks, SUVs, concept cars, exotics, classics, muscle cars, fully electric and autonomous vehicles each year.

Set in a suburban fantasy world, Disney and Pixar’s “Onward” introduces two teenage elf brothers (voices of Chris Pratt and Tom Holland) who embark on an extraordinary quest to discover if there is still a little magic left out there. Pixar Animation Studios’ all-new original feature film is directed by Dan Scanlon and produced by Kori Rae — the team behind “Monsters University.” Also featuring the voices of Julia Louis-Dreyfus and Octavia Spencer, “Onward” releases in theatres on March 5, 2020.

Disney+ is the dedicated streaming home for movies and shows from Disney, Pixar, Marvel, Star Wars, National Geographic, and more, together, for the first time. From The Walt Disney Company’s Direct-to-Consumer and International segment, Disney+ is available on most internet-connected devices and offers commercial-free programming with a variety of original feature-length films, documentaries, live-action and animated series and short-form content including series “The Mandalorian,” “High School Musical: The Musical: The Series,” “The World According to Jeff Goldblum” and “Encore!” and films “Lady and the Tramp” and “Noelle.” Alongside unprecedented access to Disney’s incredible library of film and television entertainment and 30 seasons of “The Simpsons,” the service is the exclusive streaming home for films released by The Walt Disney Studios in 2019 and beyond, including “Captain Marvel,” “Avengers: Endgame,” “Aladdin,” “Toy Story 4,” “The Lion King,” “Maleficent: Mistress of Evil,” “Frozen 2” and “Star Wars: The Rise of Skywalker.” Visit DisneyPlus.com to subscribe and/or learn more about the service.

Toys“R”Us Canada has been Canada’s dedicated specialty retailer of toys and baby products since 1984. The company brings national brands, exclusive products, innovative loyalty programs and unique partnerships to Canadians at its 82 stores across Canada and through its e-commerce sites Toysrus.ca and Babiesrus.ca. Committed to giving back to its communities, the company focuses its charity efforts on supporting children and their families – whether enhancing resources and services, helping development through play or offering encouragement to seriously ill children. Toys”R”Us Canada is a subsidiary of Fairfax Financial Holdings Limited. Toys”R”Us and Babies”R”Us are registered trademarks owned by Toys”R”Us (Canada) Ltd. All rights reserved. 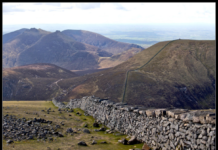