Dublin is set to welcome 25,000 runners for its October marathon, which follows a picturesque course past historic landmarks and city sights.

Launched in 1980, the Irish Life Dublin Marathon is now Europe’s fourth largest marathon and a global running event attracting runners from some 60 countries.

Starting in the heart of the Irish capital near the beautiful Grand Canal, the route takes the runners over the River Liffey and out towards Dublin’s famous Phoenix Park.

One of the world’s largest city parks and a key Dublin attraction, the Phoenix Park is a gorgeous oasis of green in the city. It is home to fallow deer that roam freely and incorporates Dublin Zoo.

A number of important buildings are also to be found within the Phoenix Park, the most notable of which is Áras an Uachtaráin, the imposing eighteenth-century neoclassical residence of the President of Ireland.

After passing back through the Phoenix Park, the route heads away from the city centre, looping around University College Dublin and finishing in Merrion Square. One of the largest and grandest Georgian squares in Dublin, Merrion has a central park in which the statue of a reclining Oscar Wilde can be seen.

The finishing point is not far from historic Trinity College, a popular visitor destination and the home of the beautifully illuminated Book of Kells, which is one of Ireland’s greatest cultural treasures.

Along the way, runners will pass through streets filled with vibrant art, busking musicians, hip cafés and traditional pubs, pounding over city roads that have a history stretching back more than 1,000 years.

They are among many successful Irish runners. Recently, at the European Athletics Championships in Munich, Mark English won a bronze medal in the 800m while Ciara Mageean took silver in the 1500m.

After finishing the marathon, participants and those who have come to cheer them on, will find a warm welcome in the city’s restaurants and pubs where they can enjoy some well-earned refreshment.

And as the marathon takes place on 30 October, participants can also soak up a little of Dublin’s Halloween buzz. This includes the Bram Stoker Festival, which runs 28 – 31 October and this year celebrates the 125th anniversary of the publication of Stoker’s masterpiece Dracula. 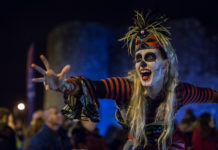 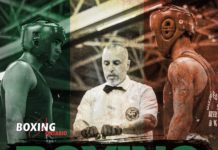 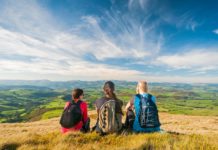 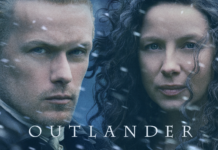 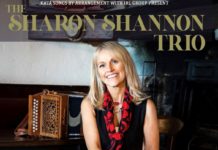