Colm Wilkinson, Toronto’s Irish Person of the Year for 2017 was born in the Dublin suburb of Drimnagh in 1944. He arrived ‘somewhere in the middle’ of 10 children born into a very musical household lead by his Belfast born Father Tommy, a talented Banjo player, and his Crossmolina, Co. Mayo born Mother, Margaret (McDonnell), an accomplished singer and a keen participant in amateur dramatics. It would of course be a massive understatement to say that these strong musical and theatrical genes have served Colm well over the course of his long and storied career, a career which has seen him join the small handful of Irishmen or women who have reached the absolute pinnacle of their chosen profession. Brian O’Driscoll, Rory McIlroy, Katie Taylor, U2, Conor McGregor, Colm Wilkinson…arguably rank among the few Irish to reach world number 1 status. Colm’s career progression hasn’t always been linear or straightforward, but the powerful combination of exceptional
talent and strong work ethic ensured that he would reach the top.

In researching and charting the path of his career what really becomes apparent is that the man is above all else, a hard grafter. One can see how someone with that work ethic would be worth his weight in gold to a Producer trying to cast a show with a reliable workhorse of a front man! A brief chronology of his career (thus far) would include stints singing advertising jingles, touring the Irish cabaret circuit, competing in the Eurovision Song Contest, starring roles in the World’s premier musical productions, and last year, a significant role in RTE’s iconic celebration of the 100 year anniversary of the Easter Rising. He has shared stages with the likes of Frank Sinatra, Elton John, and Stevie Wonder and has met all the greats, including Elvis Presley.

It all began in Mangerton Road in Drimnagh where Colm recalls growing in a house where music was ever-present. By the time he was in his mid-teens singing was getting more of his attention than school work. At just 16 years of age, his rock band toured the US, and soon afterwards he quit school to focus on his music and to work with his Father in the family asphalt business – “I don’t think you would call my leaving school a graduation!” as he re-called in a later interview. After years of playing in several Irish bands, and the occasional gig doing advertising jingles for motor cars, sausages and the like, Colm got perhaps the first taste of his true calling in 1972 when he was cast as Judas Iscariot in the Dublin production of Andrew Lloyd Webber’s and Tim Rice’s Jesus Christ Superstar; a role he went on to reprise in London’s West End. While his parents were no doubt pleased to see his career progress, having her son cast in this role did not sit well with his Mother’s strong Catholic faith!

Sir Tim Rice who would become a life-long friend of Colm’s recalls having been blown away by this outstanding talent and “speedily nabbed him” to play the role of Che Guevara in the original studio album of Evita. Despite this early taste of the big-time, Colm continued to have to graft as a professional musician, putting in the hard yards, touring Ireland and taking gigs wherever they presented themselves to support the young family he and his wife Deirdre (nee Murphy) were raising in Bray in the early 1970’s. In an appearance on RTE’s Late Late Show around that time Colm was promoting his upcoming appearances with both the Loughrea and Glasnevin musical societies in their productions of Jesus Christ Superstar… and this after him having performed in the West End production! North Dublin and East Galway audiences no doubt couldn’t believe their luck. “You have to go where the bread is man!” as he said to a RTE interviewer around that time.

The hard work began to pay off. He had solo album that topped the Irish charts and represented Ireland in the 1978 Eurovision Song Contest with the appropriately entitled “Born to Sing”, a song he wrote himself. Colm recalled writing that song in a hotel in Co. Cork after another gig on the road, away from the family, reflecting on the challenges of pursuing his passion: “And a man is born to do one thing and I was born to sing, And I must take the good times and the bad times that it brings And I missed you in the morning but most of all at night And I couldn’t stop the music though I tried with all my might”

While one senses in reality he probably didn’t try too hard to stop the music (thankfully), the lyrics do give an insight into how deeply music is ingrained in his DNA. It also highlights his awareness of the importance of family and the sacrifices his chosen career could impose on loved ones; no wonder then when greater success came knocking on his door in future years that he always arranged for Deirdre and the kids to travel with him on tour.

Colm took the leap into international super-stardom in 1985 when he was cast as Jean Valjean in the original production of Les Misérables by the Royal Shakespeare Company at the Barbican Theatre in London, with some of the music having been tailored specifically to harness his unique vocal talents. Ironically Les Mis opened to very bad reviews with critics calling the content too dark. Ultimately however the powerful performances by Colm and his fellow cast members – in particular Colm’s iconic rendition of “Bring him Home” – won over the public, and the rest is now, and will forever be, part of musical and theatrical history. The show transferred to Broadway in March 1987 with the British producers digging in their heels against the American Actors’ Equity Association policy of hiring only American actors. Cameron Mackintosh refused to open the show without Colm as Valjean and, thankfully for North American audiences, Equity ultimately relented. Colm has won countless awards and plaudits for his portrayal of Valjean over the years, with most critics and fans of the show regarding him as the Gold Standard in the role, despite the many fine talents that followed him. In 1989, the Wilkinson clann relocated to Toronto when Colm was offered the title role in The Phantom of the Opera at the Pantages Theatre. Over the course of his 5 years in this role, Colm gave almost 1700 performances, earning nightly standing ovations from an estimated audience in excess of 3 million people in what was one of the most critically acclaimed and commercially successful runs in Theatrical history.

It is doubtful that any other singer of his calibre could have performed at such a consistently high standard in a gruelling 8 shows per week schedule. It boggles the mind to think of the impact that show likely had on Toronto’s economy in the early 1990’s. His unique contribution to the city of Toronto was marked by Ryerson University with an Honorary Doctorate in 2012 and later, the creation of a Scholarship program in his name, recognition that Colm is particularly proud of. Colm later returned to Les Mis once again, playing Valjean in Toronto’s Princess of Wales Theatre and in Dublin’s Point Depot. He also appeared in the 2012 Hollywood version of the musical, this time playing the role of the Bishop of Digne, alongside Hugh Jackman’s Valjean, hopefully redeeming himself in his late Mother’s eyes for his earlier role as Judas! Colm also played the role of Lord Darcy in the hit Irish – Canadian co-production, “The Tudors”, and performed at a special tribute concert to his long-time close friend, Senator Ted Kennedy in 2009. Colm’s voice is exceptional not just for its quality but also its longevity. As evidenced by his sold out Irish concerts in January & February of this year, despite having unparalleled mileage on the vocal clock, he still retains a powerful singing voice. He has attributed this longevity to “living the life of a monk”, avoiding coffee, alcohol, cigarettes, and dairy products, as well as ensuring proper sleep, diet, and exercise. One other theme you will hear Colm come back to time and time again in various interviews over the years is the support that he has received from his wife Deirdre and how central she has been to his success, how she has been his true inspiration, and the one who kept him going. Colm often remarks how blessed he has been in his family life with the stability, love and grounding that Deirdre and their four (now adult) children, Aaron, Judith, Sarah and Simon brought to his life, offsetting the inevitable nerves and insecurities that come with the artistic territory. Aaron has followed his Dad into the music business as a singer / songwriter, Judith is a Beckettian Art Curator in London, while Simon and Sarah are pursuing careers in Art & Design.

One of Colm’s most recent stand-out performances was his Easter 2016 cover of the U2 classic “One”, in RTE’s iconic production, “Centenary”, marking the 100th anniversary of the historic Easter Rising. This show powerfully captured the essence of what it means to be Irish, and no doubt will still be essential viewing in the year 2116 when future generations of Irish men and women look back to better understand the first 100 years of the bi-Centenary. As the Irish Independent reviewer wrote in the days after the show: “The simplicity and honesty of the show was deeply affecting. It declared that, despite our differences, we were all of us Irish and on a journey together, but it was Wilkinson’s tingling delivery that truly took the performance somewhere special. He was the perfect choice to sing One – bringing a lifetime of experience and an understanding of the ways Ireland has changed, for better or worse, across recent decades”.
“One life but we’re not the same We get to Carry each other Carry each other One life One”

As a resident of Toronto since the late 1980’s, and a Canadian citizen for many years, Colm was perhaps the only emigrant on stage in that Production. Given the central role emigration has had on Irish life in the past 100 years, it was a source of great pride for those of us living ‘out foreign’ to see one of our own front and centre in the celebration of the Centenary. Like most of us Irish living here in Canada, Colm has ended up staying a lot longer than he ever would have expected to at the outset! – “I found what I was looking for in Toronto, good work and a good standard of living”, and like the rest of us he retains his great sense of pride in where he came from, and indeed where he may return to. In common with many Irish that have succeeded over here, his success is due perhaps in part to his unquestionable talent, his work ethic, and the Irish je ne sais quoi – an ability to get on with people while getting the job done. Obviously Colm has scaled heights (and notes!) higher than most of us will ever reach but at heart he is just another hard-grafting Irishman doing the best he can for himself and his family, and doing his country proud along the way. We, his fellow Irish Canadians, salute Colm and his wife Deirdre on the immense pride and prestige their collective efforts have brought to our community. In honouring Colm as our 2017 Irish Person of the Year, the Irish Community here in Toronto and no doubt further afield from Coast to Coast to Coast, are indeed very proud to finally “Bring him Home”. 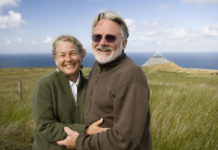 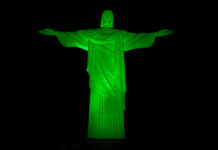 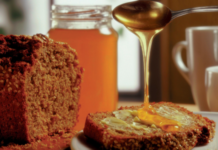 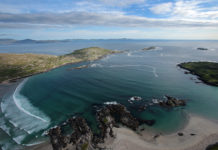 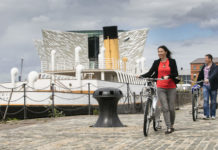 The sounds of Belfast’s shipyard to come to life