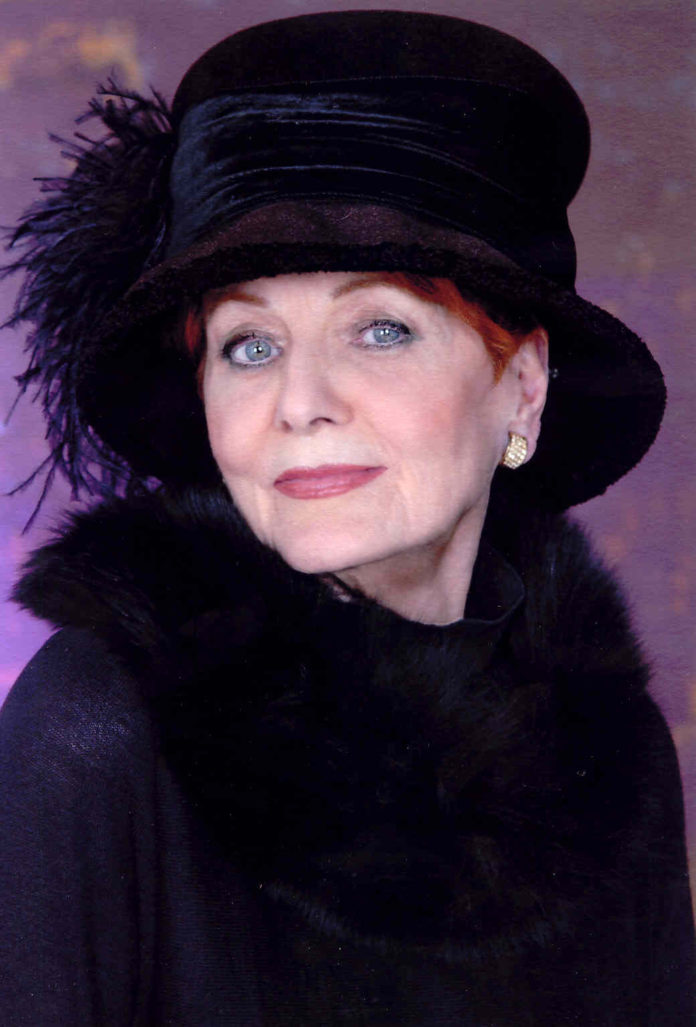 Although gone 6 years now, it is her lively spirit that remains with us and continues to bring a smile or make one laugh out loud in recounting stories of her. And with close to 86 years on this plane she had her share of triumphs and tribulations. How she dealt with the good as well as the bad is what made her an inspiration.

She’d be the first to share accolades with people around her, lifting them into a spotlight they may not have experienced otherwise. Peggy was proud of accomplishment but never gloated or lauded successes. Yet kudos never came cheaply. They were all hard-won.

As for challenges and disappointments through her colourful life, she managed to rise above adversity in ways that showcased her strength of character. She was masterful in applying a brave face when the chips were down. Yet she’d dust herself off. And look like a million bucks after doing so.

While she was widely regarded as the matriarch of Toronto’s Irish diaspora she transcended the Irish community and reached out to any and all that needed assistance, support or guidance.

A very special person who touched lives too numerous to count. A life force that left many in awe at the ease in which she carried herself with magnificent charm, grace and a true sense of self – easily leading to her to being a mentor and inspiration to numerous young women over the years. Some of her famous lines included “I can do any job two men can do” and “I’m not always right. But I’m very seldom wrong.”

She also possessed an uncanny fortitude to be reckoned with.

It is for these attributes – as well as her tireless contribution to numerous causes – and for enriching the cultural landscape of Toronto, from art exhibitions to theatre productions – that she will be recognized by the city on Sunday, September 25th with a lane in her name from a motion passed at city hall last May.

This specific lane is a fitting tribute, for as it connects two avenues – so too did Peggy make meaningful connections in many avenues in life.

It’s close proximity to Queen Street seems logical since she was widely regarded the queen of Toronto’s Irish community.

The lane’s location near the water conjures the city of her birth as Lake Ontario’s waves could remind her of Dublin Bay.

The lane, on its western fringe, looks upon Kew Gardens – reminiscent of Dublin’s St. Stephen’s Green – with the Beaches Library beside it – the starting point for the annual Bloomsday walk. Peggy was a great supporter of the tribute to James Joyce’s literary masterpiece, Ulysses.

Peggy was born in Dublin on June 1st, 1924. She had two younger sisters who would both become nuns. Peggy was an energetic, gregarious and talented child. At the age of seven she became the youngest performer to appear on Radio Eireann’s Children’s Hour, eventually winning ‘The Golden Voice of Ireland’ contest – for broadcasting – from the Irish Press. Auspicious milestones as she went on to become one of Ireland’s first female radio newscasters and would delight thousands in the decades to come at corporate events, weddings and private functions with her beautiful singing voice.

In 1939, spinal meningitis left her totally blind for nearly a year. After regaining her sight at age 16 she started assisting local hospital nurses and underprivileged children.

Over the years Peggy would become a figure of tireless devotion to numerous causes and fundraising efforts.

She expanded her horizons and passion for the arts through theatre, fashion, aesthetics, etiquette, elocution, music & art.

Most of all she was a caring, compassionate soul with a love of laughter and life.

The christening of ‘Peggy Delaney Way’ will commence at 1:00 pm on Sunday, September 25th at the Lee Avenue side of the laneway south of Queen Street East.

Councillor Mary-Margaret McMahon and other dignitaries will be on hand. Reception to follow.

All are welcome to join in the celebration of a lane in her name.