Tourism Ireland has teamed up with the Irish Film and Television Academy (IFTA) to create a new series of short videos to showcase Ireland.  The latest video in the series, unveiled 29 March features actor Liam Cunningham.

In the video, Liam speaks about his love for Ireland and, in particular, for Kerry and West Cork. Viewers will see our spectacular scenery and some of our top attractions, like Galley Head Lighthouse, Sherkin Island, Sunday’s Well, Glandore, Ross Castle, Clonakilty, Garnish Island, Gougane Barra, Mizen Head and Bantry House.

This video is part of Tourism Ireland’s #FillYourHeartWithIreland (#FYHWI) online campaign. At a time when international visitors cannot travel here, Tourism Ireland is rolling out its #FYHWI campaign – sharing inspirational content about the island of Ireland with its millions of fans and followers on social media. The aim is to keep Ireland ‘top of mind’ with prospective international visitors. This will ensure that we are in the best possible place to immediately start converting business for Irish tourism operators, when the time is right.

Siobhan McManamy, Tourism Ireland’s Director of Markets, said: “Tourism Ireland was delighted to work with the Irish Film and Television Academy, and with Liam Cunningham, to create this wonderful video. We are sharing the video with our millions of fans and followers on social media around the world – allowing us to keep the beauty of Ireland to the fore. While we may not be able to travel just now, this video will inspire people for their future visit.”

In the video, Liam Cunningham praises Ireland, saying: “My favourite place in Ireland? Well, there’s got to be more than one, it’s a big place – or it’s a little place with a big heart. Two places, the Kingdom – Kerry, it’s heaven on earth – and beautiful West Cork. If they weren’t on the planet, the place probably wouldn’t be worth being in. What I love about Ireland is a no-brainer, it’s the people. When I’m away I miss … bizarrely, I miss the rain – is that weird?”

Áine Moriarty, CEO of IFTA, said: “IFTA is delighted to partner with Tourism Ireland to showcase the beauty of the Irish landscape alongside the voices and sentiments of our leading Irish Academy members such as Liam Cunningham. Ireland has given so much to international film; our wonderful actors, filmmakers and spectacular filming locations. The Academy is proud to help showcase our beautiful country to the world.”

To date, Tourism Ireland’s #FillYourHeartWithIreland campaign has achieved excellent engagement with its fans and followers on social media – delivering 1.93 billion impressions (or opportunities to see), 56 million video views and around 9.4 million engagements on Facebook, as well as 8.6 million likes on Instagram and 252,000 engagements on Twitter.

To view the first video in this collaboration with IFTA featuring Pierce Brosnan, click here. 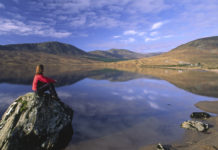 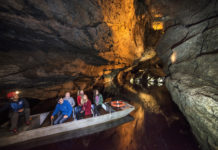 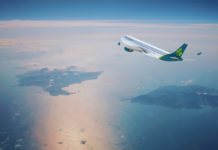