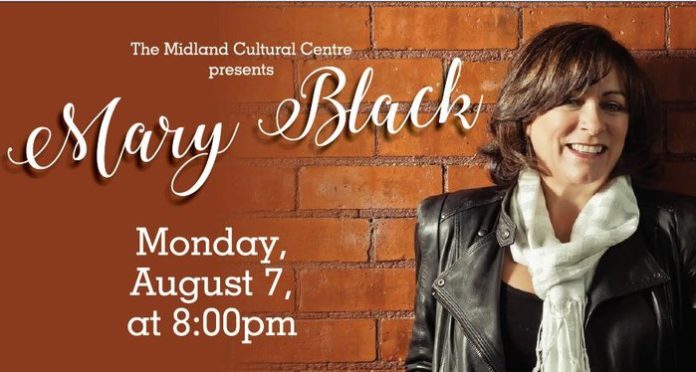 Midland Cultural Centre is thrilled to present Mary Black for the ONLY Canadian date on her final North American concert tour! Considered Ireland’s premiere female vocalist, Mary Black will be performing songs that span her lifelong career during this concert. Black has released 11 studio albums, all of which have achieved platinum sales status and have included countless hits. She has shared stages, TV shows and recording studios with some of the most revered performers of our time. She has also played a frontline role in bringing Irish music, and particularly its wealth of talented songwriters, to an increasingly appreciative and ever-growing global audience

30th Anniversary Re-Issue of “By The Time It Gets Dark” Album Will Be Released U.S. to Coincide with Tour Dates

Black has tried to retire from touring since she announced her “Last Call” tour in 2014. Since that time, she’s performed all over the world—the United States, Europe, the United Kingdom, Japan, Australia and her native Ireland—but there are places that keep calling her back one more time. Such is the case with the U.S.A and Canada, which embraced her ground-breaking international hit album NO FRONTIERS back in 1989 and established Mary Black as a major concert attraction in North America and beyond.

“It’s hard to believe it’s been 30 years since the release of BY THE TIME IT GETS DARK back in 1987,” says Black who has been Ireland’s musical ambassador to the world for at least that long. “There’s been a lot of water under the bridge since then, and how time flies when you’re busy and having a good time! As it’s always been one of my favourite albums, I felt that it deserved to be revisited to celebrate its 30th anniversary. With that in mind we sent the old 24 track tapes to be baked (a process to preserve them), allowing us to do a complete remix and remaster of the album.”

Rising Artist Róisín O Will Appear As Support on Tour

Supporting Mary Black on the U.S. dates will be Róisín O ( http://roisino.com ), one of Ireland’s most promising young artists, who has toured internationally and played support slots with Lionel Richie, Brad Paisley, The Coronas and Robert Cray on many of Ireland’s biggest stages. As part of Ireland’s 2016 Centenary celebrations, Róisín, alongside her brother, Danny O’Reilly, and cousin, Aoife Scott, was invited by RTÉ, Ireland’s national radio and television broadcaster, to perform the song ‘Grace’ in Kilmainham Gaol. Some weeks later, nearly a million people, at home and abroad, tuned in to watch the performance as part of RTÉ’s Centenary Programme. The Sunday Times described Róisín O as having “a quality of tone and voice that is near pitch-perfect, at times evoking the likes of Joni Mitchell, Joanna Newsom and Kate Bush.” She earned strong notices for her debut album, THE SECRET LIFE OF BLUE, and has subsequently released several hit singles, among them “Give it Up” and “Better This Way.” 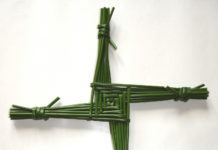 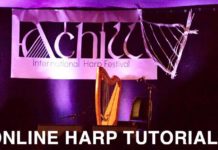