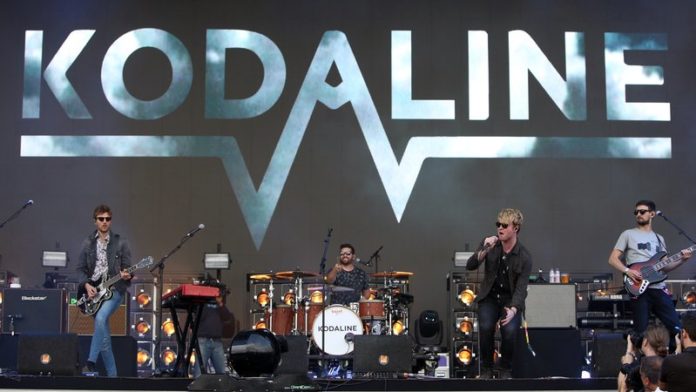 Irish rockers Kodaline, who are gearing up for the release of their third studio album this week, have said they’re delighted to be part of the Ceol 2018 record, saying “anything that promotes Irish, we’re totally behind”.

The band’s track Ag Fadú d’Aidhme (Follow Your Fire) appears on the CD alongside a host of as Gaeilge versions of contemporary songs by top artists including The Coronas, Picture This and Sibéal with The Cranberries.

The album has been compiled by Conradh na Gaeilge and Raidió Rí-Rá in conjunction with RTÉ 2FM and was launched today (September 26) by 2FM presenter Eoghan McDermott at Loreto College in Kodaline’s hometown of Swords.

Speaking to RTÉ Entertainment, guitarist Mark Prendergast and drummer Vinny May spoke about their involvement with Ceol 2018.

“Eoghan is a really good friend of ours,” Vinny began.

“So we can’t really say no,” Mark joked.

“I think it’s so important to keep Irish alive because there’s always that fear, you never know what’s going to happen in a 100 years”, Mark said. “When we were in Loreto today, Eoghan asked for a show of hands for anyone who’s been to the Gaeltacht.

“I went every single year, I went from first year to sixth year and it’s the best three weeks ever. And not many had been, maybe 10% had been. People should really go to the Gaeltacht, that’s where our band started.

“I remember even when we were there, our first song we did together was a medley of loads of songs that were out at the time and we just changed the words and made them Irish and we sang them with an acoustic guitar in front of everybody. Maybe that’s where the hunger for this started.”

“Anything that promotes Irish, we’re totally behind”, Vinny added.

The musicians said they got a warm reception from the students.

“It got a bit hairy there for a minute, it was like a stampede”, Vinny said with a laugh. “I felt like a popstar for a few minutes”, Mark deadpanned. 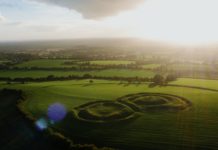