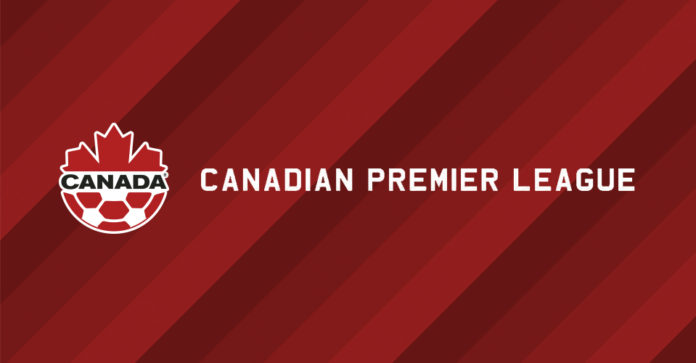 The Canadian Premier League (CPL) announced today the launch of Canadian Soccer Business (CSB) – a new sports enterprise representing commercial assets and inventory for marquee soccer properties in Canada.
Canadian Soccer Business debuts with a suite of top-tier national assets that comprise the backbone of soccer in Canada. This includes representation for all corporate partnerships and broadcast rights related to Canada Soccer’s core assets including its national teams, along with all rights associated with the CPL – Canada’s professional men’s soccer league set to debut coast-to-coast in 2019.
Canadian Soccer Business’ representation agreement with Canada Soccer is for a 10-year term.
Canadian Soccer Business now represents the following:
On behalf of Canada Soccer, all corporate partnerships and broadcast rights for Women’s and Men’s National Team Programs
All commercial assets of the CPL including partnership and media assets of each club within the league
A collection of naming rights opportunities at new and renovated CPL stadiums
The Canadian Championship – Canada’s professional club championship that features all Canadian professional clubs with the winner qualifying for Concacaf Champions League
Grassroots programs that reach millions of Canadians playing the world’s game from coast to coast
“This is a coming of age for soccer in Canada and this enterprise will build off the momentum of soccer and help transform the sport in our country. Canadian Soccer Business has the potential to grow into one of the most important and unique sporting entities in Canada, one that could stand alone in truly representing a Canadian sport that has the reach of community, country and world,” said David Clanachan, Commissioner, CPL and Chairman of the CSB. “Having a partnership team that is 100% focused on creating a new soccer economy in this country will empower new and excited partners to help elevate the sport to a whole new level for all Canadians.”
“Canada Soccer has established itself as a leading soccer nation and our brand has never been stronger both domestically and internationally,” said Steven Reed, President, Canada Soccer. “As the national sport organization responsible for the growth and development of the sport of soccer in our country, we pride ourselves as stewards of the world’s game that has the power to build our nation from coast to coast. We look forward to beginning our collaboration with Canadian Soccer Business and build on our collective efforts with members and partners to add to our history of success both on and off the pitch.”
Canadian Soccer Business Executive Team
Canadian sports executive Scott Mitchell has been confirmed as the CEO of Canadian Soccer Business. Mitchell was one of the founders of the CPL along with the iconic tech entrepreneur and sports team owner Bob Young. Mitchell will continue in his leadership role and will oversee all major partnerships and the media strategy for the new venture.
Mitchell takes on the duties while maintaining his role as the CEO of Bob Young’s group of Canadian Companies including the Hamilton Tiger-Cats.
“It is truly a pivotal time for soccer in Canada and we are excited that Canadian Soccer Business will be at the forefront of this exciting movement,” said Mitchell. “What the CSB is all about is representing soccer in Canada not only locally in communities, but nationally and globally as well. The CPL’s upcoming launch, along with the strength of the Canada Soccer brand have created a unique opportunity for us and our partners to provide an integrated platform that reaches from the grassroots to the professional level across the country on a year-round basis. We look forward to a series of exciting announcements and partnerships in the coming weeks.”
Joining Mitchell on the executive team are accomplished sports partnership leaders Ian Charlton and Dave Keeley. Charlton will manage the Canadian Soccer Business team as Head of Partnerships and Chief Sales Officer. Keeley joins the team as Director of Corporate Partnerships.
Charlton comes to Canadian Soccer Business after holding senior partnership roles at TSN, Bell Media, NASCAR, NBA, WWE, XFL and Disney. Keeley brings extensive partnerships experience from his time with Vancouver Whitecaps FC, IRONMAN and the Toronto Argonauts. 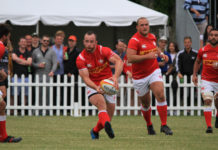 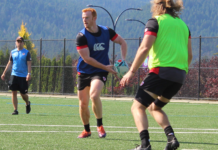 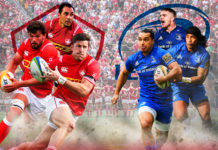 MCILROY, SIMPSON AND KUCHAR LEAD HEADING INTO FINAL ROUND OF RBC CANADIAN OPEN 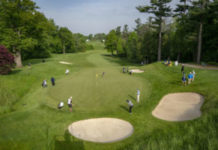