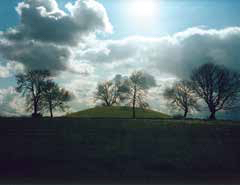 In this post, Christian author Mark Fisher examines the role of Celtic women in ancient Ireland—Part I. What roles did they play? What were their lives like?

CELTIC WOMEN — EMANCIPATED OR NOT?

Opinions differ widely on this subject. The ancient legends are full of strong, Celtic women who were the equal of men, women who fought in battle and led their clans. There’s no doubt that in early Ireland women enjoyed a degree of equality with rights and freedoms unseen in the rest of the Roman and Greek worlds. On the other hand, the historical evidence strongly suggests that early Ireland was like much of the rest of the ancient world—a woman’s life was difficult. It was still a man’s world.

Let’s look at the case for a different attitude toward women among the Irish Celts.

What we know comes mostly from the Roman and Greek writers who were often biased. But it’s interesting to read what they say about Celtic women. Ammianus Marcellinus says: “A whole troop of foreigners would not be able to withstand a single Celt if he called his wife to his assistance. The wife is even more formidable. She is usually very strong, and has blue eyes; in rage her neck veins swell, she gnashes her teeth, and brandishes her snow-white robust arms. She begins to strike blows mingled with kicks, as if they were so many missiles sent from the string of a catapult.”

He paints a picture of fearsome lassies, indeed. Diodorus Siculus also adds this, “The women of the Celts are nearly as tall as the men and they rival them also in courage.”

THE STORY OF MACHA MONG RUADH

The Irish chronicles tell us about Macha Mong Ruadh, a famous female ruler. Though a number of characters with her name appear in both legend and history, we’ll concern ourselves only with the historical figure. For seven years she ruled in 377 BC as “Queen of Ireland”. Her father, Aedh Ruadha, was the previous king and ruled with his cousins Dithorba and Cimbaeth. But after Aedh drowned, an electoral college composed of three generations of the royal family elected Macha as queen. In his book, The Celts, Peter Beresford Ellis tells us: “Dithorba and Cimbaeth disagreed with the decision and wanted to keep the kingship to themselves. Macha promptly raised an army and defeated Dithorba, taking his five sons as hostages. She made them and the prisoners of war build the ramparts of her new fortress of Emain Macha. She came to terms with Cimbaeth and, it is recorded, married him.”

So not only was Macha’s rule powerful, she founded Emain Macha, which for generations was the seat of the kings of Ulster. Whether or not she and her father were truly queen and king of all Ireland, though, is up to debate. It’s questioned whether there was ever a true monarch ruling all of Ireland before the ninth century or even later.

The later Brehon laws of Wales tell us something about Celtic women’s legal positions and how high in Celtic society women could rise. They talk about women as “war leaders”, “hostage rulers”, “female lords”, and “the chieftaness of a district in her own right”.

Julius Caesar, whose writings on the Celts were often biased, does agree with other sources when he says that when a woman marries she brings a dowry of equal worth. “A joint account is kept of the whole amount, and the profits which it earns are put aside; and when either dies, the survivor receives both shares together with accumulated profits.” This tells us that Celtic women could inherit and own property, rights which Roman or Greek women had yet to attain. 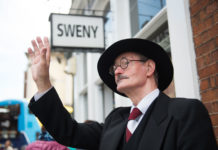