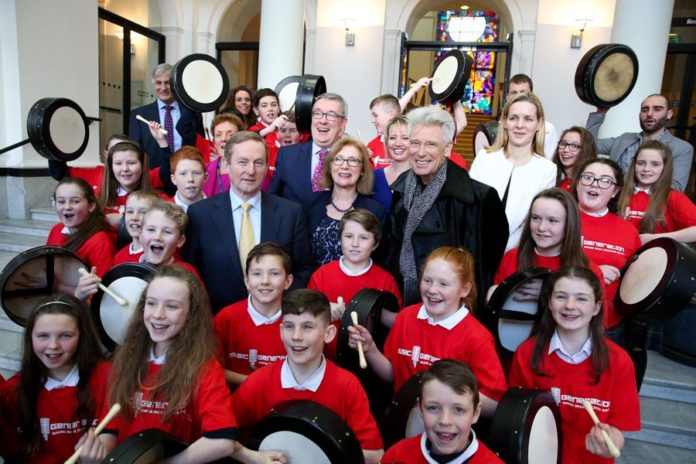 The long-term future of music education in Ireland received a fantastic boost in late January 2016 following a funding commitment by the Department of Education and Skills to Ireland’s National Music Education Programme.

Enda Kenny and Jan O’ Sullivan joined U2’s Adam Clayton and Kieran McLoughlin of The Ireland Funds to mark the announcement, which will facilitate the expansion of the ground breaking music initiative in up to nine additional areas in Ireland and secure the funding of the programme beyond 2020.

The announcement follows a recent €3m philanthropic donation by Irish rock heroes U2 and The Ireland Funds to the program, enabling the second phase of the music education programme. Music Generation is currently established in 12 areas of the country, reaching some 26,000 children and young people annually who would otherwise not have had the choice of access or the chance to participate in music education.

The €3m donation will provide funding for the expansion of Music Generation, through locally run Music Education Partnerships in up to nine additional areas of the country between 2016 -2020.

Welcoming the announcement, U2 bassist Adam Clayton said, “Five years in and Music Generation is continuing to thrive. It is wonderful to see this further commitment from the government which will bring us closer to achieving the goal of access to music education for every child and young person in Ireland. The support we received at school was very important to us as young musicians, and we are very proud of our part in this programme.”
Since 2010, Music Generation’s key accomplishments include:
•      Establishment of the programme in 12 areas of the country, reaching some 26,000 children and young people annually who would otherwise not have had the choice of access or the chance to participate
•      Creation of over 330 employment opportunities (300 musicians; 30 management and administration roles)
•      Delivery of 80 different programmes in over 360 tuition centres
•      Accessible tuition offered in over 50 different types of instruments across all genres of music
•      Establishment of 12 Instrument Banks, 5 Music Libraries, 5 Recording Studios including 1 mobile recording studio and pop up performance Music Bus
•      Mounting of over 100 public performances annually attended by 30,000 audience members 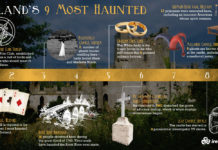 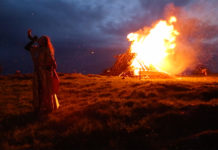